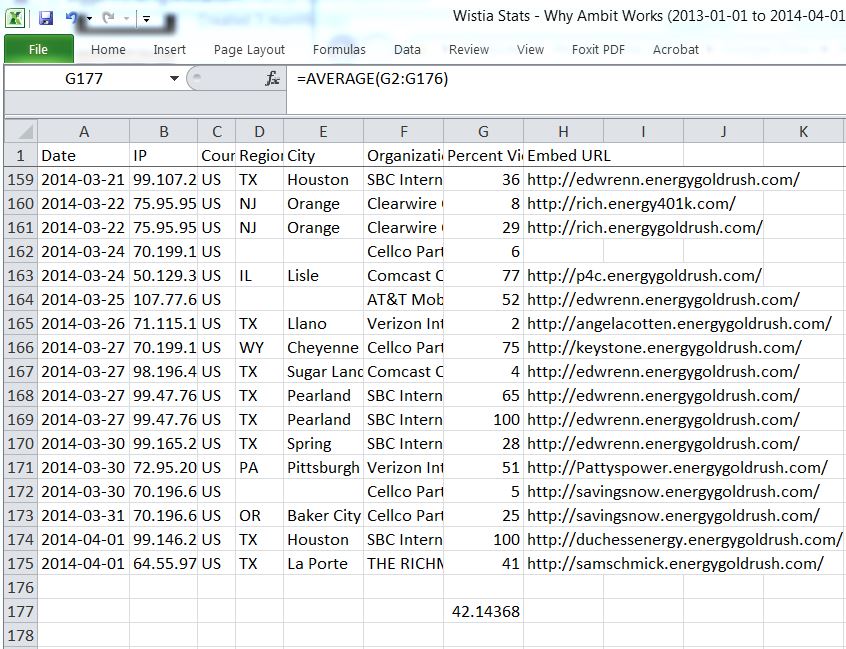 One of the most common questions we field is from EGR users wondering which video is best to use on their site.  We’ve always recommended sticking with the default selection, which of course are the videos we created specifically for EGR. This has really always been just a matter of personal bias/preference. Of course you’d expect us to be biased toward our own videos!

A while back we went through a back end change on our video hosting to a company called Wistia which allows us to do a much better job of tracking our video usage and after letting the hits/views stack up for a while I think we’ve come to a definitive answer to the “which video is best” question.

What follows are screenshots of the downloaded stats for each major introduction video.  The calculated figure at the bottom of each screenshot is what Wistia refers to as the “Engagement Rate”, which is an average of all the viewer sessions recorded as a percentage of total video viewed. Essentially this tells you on average how much each video is getting watched. 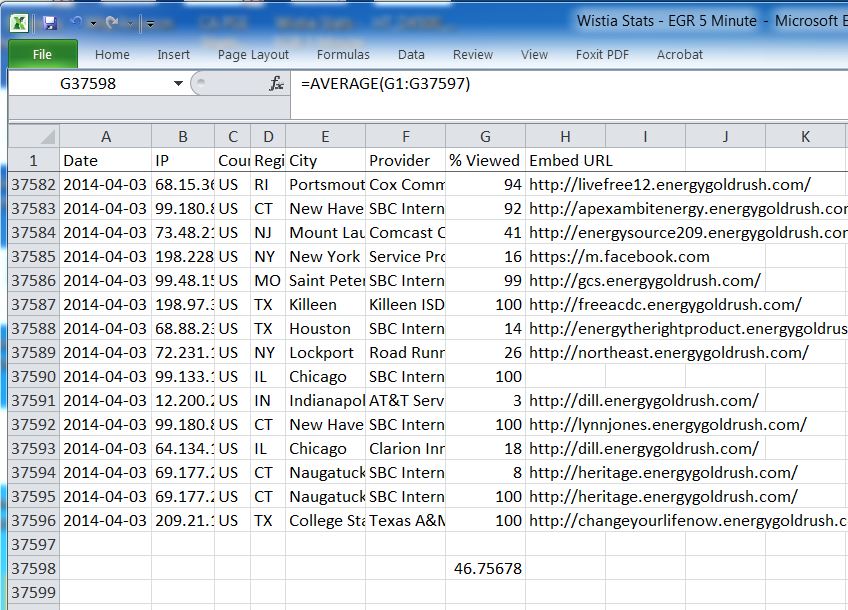 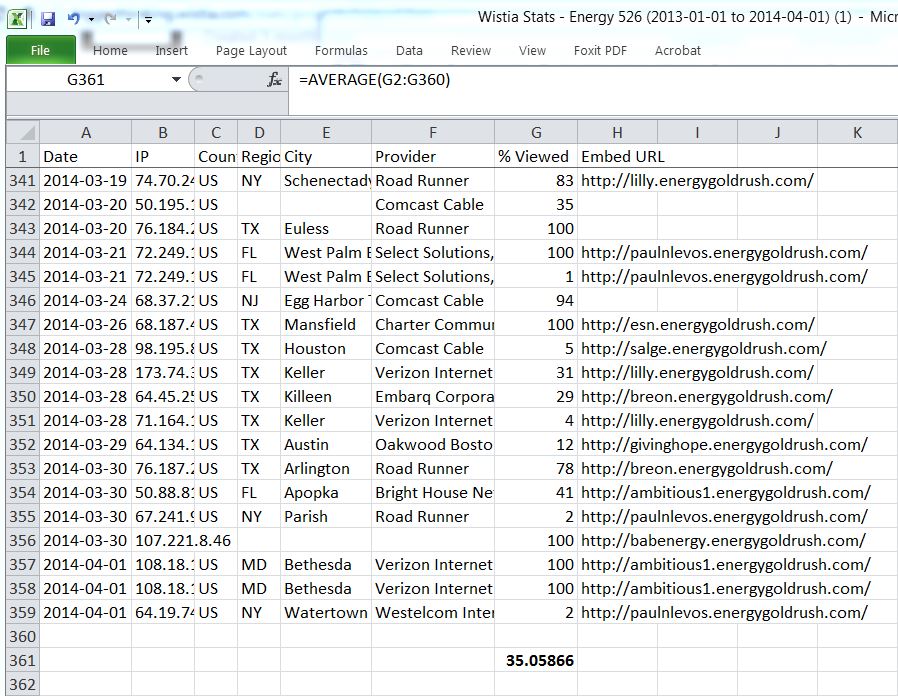 So the new EGR 5 minute video (which is a full 2 minutes longer) has a significant statistic advantage over Energy 526 and Why Ambit Works. The question of “which video you should use” will always be a personal preference/bias, but with this kind of statistical proof, I’d say it’s tough to argue against the new EGR 5 Minute video.  Also keep in mind since it’s a full 2 minutes longer , your prospects are getting exposed to a lot more info, credibility and validation. Essentially you get more bang for your buck with the EGR 5 Minute video!

You may be wondering about stats on the presentation videos.  Since we’re in the final stages of development on our new EGR 15 Minute Presentation Video,