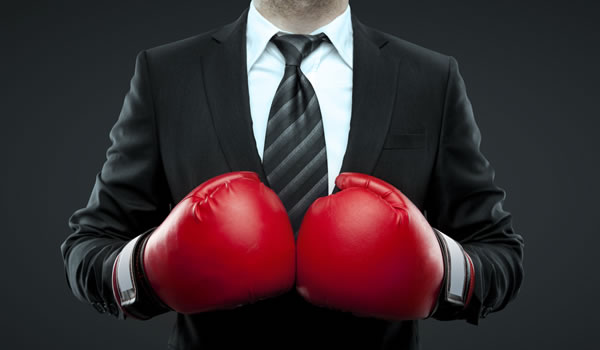 It’s been about 3 ½ years since my original ACN Inc review. Unfortunately I’ve reorganized my blog since that time and in doing so lost all the colorful and highly entertaining Facebook comments we had built up over the past several years. While it’s not necessary, you may find it helpful to read the old ACN review if you want more detail. Today’s comparison is primarily meant to update, not to replace the old review.

So has anything changed?

Both companies have grown and expanded, but their core has stayed much the same, with one notable exception. Ambit is now a much more affordable opportunity, having dropped their startup cost from $429 to $75.

Kudos by the way to Xoom Energy (ACN’s energy supplier) for hitting #13 on Inc.500 in 2015. Of course Ambit was #1 back in 2010. The difference is Xoom’s volume is a bit (or a lot) skewed because they are the supplier not just for ACN, but also 5Linx and others. Nothing wrong with this of course. I only mention it because ACN Inc IBOs tend to give the impression that Xoom Energy’s success is solely their own doing.

Something else worth mentioning. If you combined the revenues for Xoom Energy and ACN Inc (which would be counting a lot of the same revenue twice), the combined figure is still dramatically smaller than Ambit Energy.

Since not a whole lot has changed, the big question remains the same.

How is it that a company (ACN Inc) operating for nearly a quarter century, doing business in 25 countries and offering over a dozen products/services is still just barely over half the size of a company that only offers energy in just one country (international expansion coming soon) and has only been around for a decade?

There is continues to be only one logical answer, now with even more validation.

ACN doesn’t focus on or compete well in the one area that counts… ENERGY.

Everything else is peanuts.

Ambit Energy is built on delivering real customer value. As much as I hate saying it for the sake of every ACN IBO out there, Xoom Energy’s rates have a long and established track record of not offering savings or value. This was my main point of contention back in 2013, and the proof is even more undeniable today.

Sure there are isolated cases where ACN Inc via Xoom Energy has had a decent rate. For example, I checked the rates Xoom is launching with in Japan. They were smart to go with a rate below the incumbent provider Tepco. Unfortunately, with the track record Xoom Energy has established in the US, it’s hard to believe this is anything more than a bait and switch tactic. I have the numbers, and they tell a very black and white story.

Now I’ll be the first to admit, it’s not ALL about rates. You cannot always be cheapest, but you do need to be competitive, and your customers need to feel like they’re receiving value.

Recruiting, duplication and retention are key to network marketing success on a large and long term scale. When you’re an ACN Inc IBO selling Xoom Energy, you’ll be forced to convince customers to pay MORE than they would with the default incumbent provider. Logic dictates (and reality has proven) that a negative value proposition makes recruiting, duplication and retention extremely difficult. My Rolodex is full of ACN IBOs who have reached out to me because they just got tired of overcharging their family and friends with Xoom Energy rates. Some of them joined Ambit. Others just couldn’t see themselves starting over again and gave up the dream entirely.

Some folks reading this may think I’m sensationalizing to support my bias toward Ambit. This may be true to some degree, so don’t believe me. Let’s go to the definitive authority on customer satisfaction, JD Power.

What do they have to say?

Ambit Energy has won more JD Power awards than any other retail energy provider in history. Ambit has also compiled the highest average JD Power ranking/score among large companies with a similar number of reviews/rankings.

Xoom Energy has never won. In fact, they’ve never even been reviewed or ranked. This isn’t to say they won’t ever get there, but as of this post, JD Power has not received enough responses from Xoom Energy customers for any given year in any given market to meet the minimal threshold of statistical relevance.

No it’s not. Again… the big money is in energy. Every other product/service is just a distraction paying peanuts on the dollar. Every fact and figure supports this position. If you want to peddle every product/service under the sun, knock yourself out with ACN.

I could write a novel on this one. At the end of the day, if you don’t already agree, I won’t be able to change your mind. Just remember the facts: Ambit Energy is a 1.4 Billion dollar company in ten years with just one country by focusing on and dominating the energy industry. ACN has yet to hit a Billion and they’ve had 25 years to do it with dozens of countries and over a dozen products/services.

Reminds me of the old quote, “Jack of all trades, master of none.” Do you want to be a Jack, or “the Master”?

ACN has a lot more territory, isn’t this better?

Yes ACN is in over 28 countries. The vast majority of this coverage is due to the offering of products and services outside of energy. If you find yourself in one of these areas and feel good about the products/services being offered, ACN could be a good option.

But if an opportunity to capitalize on energy is really what you care about, then Ambit is the clear choice. Here is a breakdown of the major markets…

United States Energy Deregulation: Xoom Energy technically has a few more states, but Ambit has dramatically better coverage within each state. Are you in an area they operate and we don’t? You can either wait and go with the leader or get started now with ACN. Just know that when we get to your area, you won’t find it easy to compete when it comes to energy.

Japan Energy Liberalization: Xoom Energy has a few months head start in the Tepco territory, but we’re set to open soon. When we do, Ambit will have full coverage of the main island on day one. This means in a matter of a few months we’ll go from being a bit behind to dramatically ahead. If you’re in Japan and can’t wait for Ambit, I (with 100% certainty) promise you will regret it. We were 3 years behind Ignite/Stream and 15 years behind ACN when we launched 10 years ago. Today there is no question who the market leader is. We are light years ahead of both. The same will happen in Japan. The only difference, we’re talking about a difference of months, not years.

Canada Energy Deregulation: Xoom Energy is up and running now in several provinces. We’re coming for sure, but no launch date is set. If you can’t wait for Ambit, I can’t fault you for getting started with ACN. Just know that when we get to O’ Canada, you won’t find it easy to compete with us in energy.

Australia, UK, Germany and many other countries are either already deregulated to some degree, or are in the process of doing so. Stay tuned!

Is the ACN compensation plan better?

I’m fully aware ACN IBOs CLAIM to have the worlds greatest compensation plan. Reality is of course far different than hype and partially presented truths. In my previous review, I made a STRONG case (that still very much applies) that ACN’s compensation plan is full of fluff at best and extremely misleading at worst.

Nothing has fundamentally changed since then, but I’d like to be a bit less polarizing this time around. Simply put, our compensation plans are completely different. An apples to apples comparison isn’t possible. I made a valiant (and I believe very fair) effort in my original review, but it would take inside information on a corporate level from both sides to really know what’s going on.

The only thing I’ll say with 100% certainty is Ambit Energy’s comp plan is much more transparent. You simply cannot look at the ACN compensation plan and take it at face value. There is a lot of small print and “gotchas” you won’t notice until you experience it first hand.

Ultimately, both the ACN and Ambit Energy compensation plans have advantages and disadvantages when compared to each other. Again… all the analysis from my old review still applies so please go back and read it if you want more detail.

Do I feel good about this company?

Not very deep I know, but it’s true. Prospects may not even realize what they’re doing, but it really does comes down to a gut feeling after all the cards are on the table.

Not every customer and consultant will be comparing all their options. For those who do, where will more of your family and friends will get a better vibe? This of course is everything, because at the end of the day, it’s not about you, it’s about them.

Hope this has been helpful my Ambit friends! Please share your comments below…